[Webinar] Radicalization and Violent Extremism Across Borders: An Ongoing Threat

Speakers of the seminar: 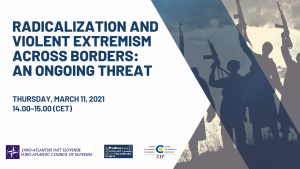 Dr Rumman: The rise of ISIS led to thousands of Jordanians leaving Jordan to fight. In the Jordanian society very serious changes happened. They started adopting ISIS ideology. Previously mostly men adopted their ideology, but now the families are the ones who adopt the ideology of ISIS. In Jordan, the extremists can be divided in two groups. The first group is supporting Al Qaeda and its ideology, while the second supports the ISIS ideology, which is more extreme. The supporters have increasingly high level of education (students, PhD…) and live comfortable. Dr Rumman pointed out that Jordan became the number one in exporting the extremism.

Dr Qehaja: An estimated 403 Kosovars in total joined the war zones in Syria and Iraq between 2012 and 2018. In the beginning people had no clue about radicalization and extremism, but are now more aware of it. The potential of a terrorist attacks is much lower. Kosovo was one of a relatively small number of countries which were prepared to repatriate its citizens from Syria. Kosovo has established a dedicated unit in Ministry of Internal Affairs to provide continuous reintegration support. Repatriated citizens are supported by emergency packages, housing, getting access to social welfare scheme.  Kosovo also passed a law which prohibits joining armed conflicts outside state territory of the Republic of Kosovo.  The challenge was an exaggerated support of donners in some de-radicalization programs, the support was not coordinated, which was actually counterproductive.

Dr Prezelj: When Covid-19 crisis started it was expected that terrorism globally and in Europe will increase, but that did not happen. What happened is an increase of polarization and radicalization of our societies. Slovenia never faced a terrorist attack on its soil and does not face a threat to the government in terms of a standing terrorist group. Dr Prezelj pointed out that Slovenia works as a tampon area between jihadists from Austria, Bosnia and Italy. Slovenia is actually a transit country for jihadist people, weapons and explosives. Around 10 people from Slovenia were foreign fighters, who all went to fight in Syria through Turkey to fight for ISIS or Al Nusra. Some NGOs invited certain foreign preachers who came to talk about problems and injustices in the world. They also wanted to recruit the Roma people due to their Slovenian passport. Foreign intelligence reported on one social gathering that took place in Slovenia as a cover for military training of jihadists from Austria, Germany, Slovenia and Bosnia. Police forces foiled a suicide terrorist attack by Loris Brljafa, a Croatian citizen, who wanted to carry out attacks in Ljubljana. All this means that Slovenia can not be “a non-case” of radicalization, it is actually a real case. Slovenia also has a right-wing para-military extremist group , which tried to take over border control instead of police and armed forces.

Speakers also answered some questions from the public related to women and extremism, social and mass media, deradicalization and reintegration. 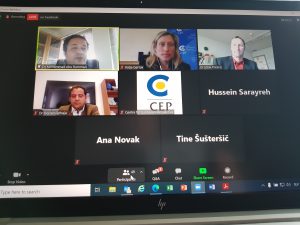 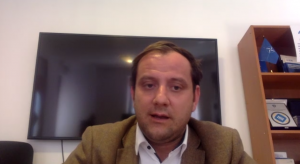 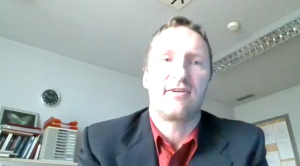 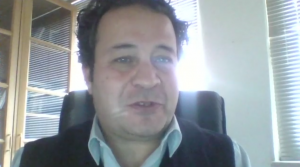