Euro-Atlantic Council of Slovenia (EASS) and the Department of Defense at the Faculty of Social Sciences, University of Ljubljana in cooperation with the Embassy of the United States of America in the Republic of Slovenia organized a round table on “Disinformation in time of war, conflict and peace” on May 5, 2022 at 17.00 / 5.00 PM (CET) on the Zoom platform.

Today, asymmetric warfare has become the most predominant form of war, with disinformation playing a crucial part in defeating the enemy. However, disinformation is a constant not only in war and conflict but in all situations where stakes are high.

Speakers pointed out that the fragmentation and digitalization of the media landscape have increased the volume and speed of disinformation, especially on social media. With only a handful of gatekeeping companies (Google, Facebook and Twitter) having control over the majority of digital communication, the issue of media ownership is becoming more important. 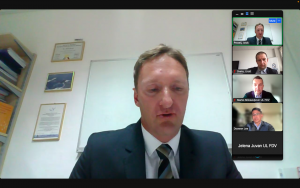 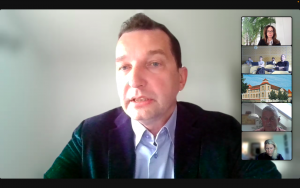 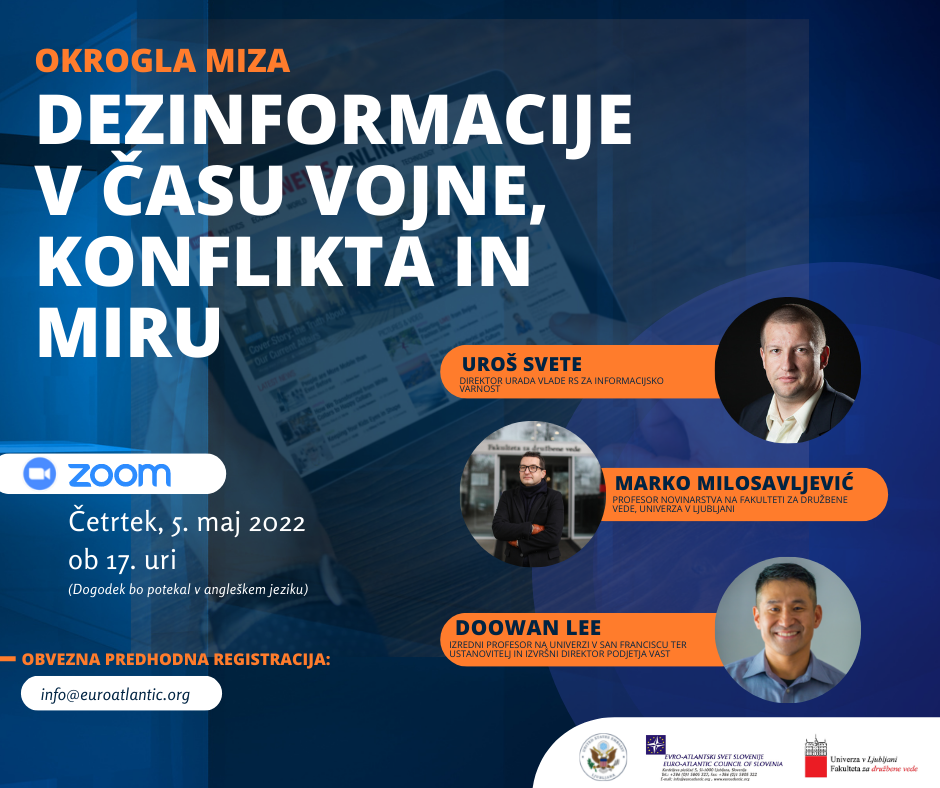