Round table: “The role of the national security system during the covid-19 crisis”

On Tuesday, 17 November 2020, a round table entitled “The role of the national security system during the covid-19 crisis: experiences and lessons of individual subsystems at the operational level” was held in a virtual environment, organized by the Euro-Atlantic Council of Slovenia and the Department of Defense at the Faculty of Social Sciences.

The experiences and role of the Slovenian Police, the Slovenian Army and the Administration of the Republic of Slovenia for Civil Protection and Disaster Relief in dealing with the Kovid crisis were presented by: 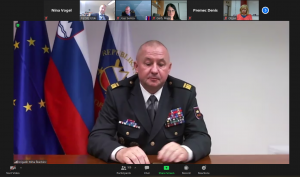 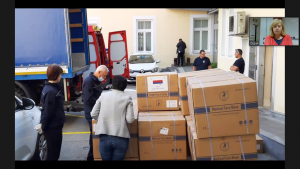 Over a hundred participants of the round table got acquainted first hand with the findings, solutions and challenges facing the Slovenian national security system. Although healthcare is a key system for dealing with the crisis, the institutions presented play an important supporting role, without which the situation would be even more critical.

The key highlights from the presentations and roundtable discussions are: 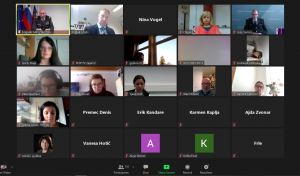